We all thank Acura of Serramonte for the many years of great service in Colma, CA.

As many of you know, they are closing and our company is prepared to assist its customers in any way we can.

AutocarebyDoug Acura Honda performs auto repair and service for residents in the greater Bay Area. Our Acura Honda service center serves drivers from San Francisco down to San Jose area and beyond. Our Dealer Alternative Acura Honda mechanic will properly identify then repair your vehicles problems correctly the first time. To set up an appointment at our service and repair facility, you can use our Service Scheduler Form or call us at 650-347-3966

Through regular maintenance and service you can extend your cars life. We encourage you to let us simplify your repair and service process. 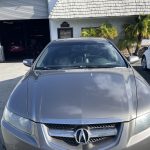 Our Acura Honda repair center does everything from oil changes, alignments, fluid flushes, to difficult to engine tune-ups.

Trust your car repairs and service to Auto Care by Doug Call us or stop by today!

What Happens After I Schedule an Appointment?

We are standing by to answer your questions and get you in the door as quickly as possible.

Some fun facts about Acura from Carzing:

Acura is owned and manufactured by Honda. Many people think Acura and Honda are different. Yes, it is true. These two vehicles are different, but they share some common parts. Honda is the parent company of Acura.

Acura is a Japanese company, but you will be surprised to know that Acura cars are manufactured in U.S. Ohio is the birthplace of many Acura cars. There are several plants throughout America.

Many brands of Acura are born in Marysville, Ohio. There are 3 more plants in Ohio, where the manufacturing of Acura vehicles is undertaken.

In Ohio, additionally, the powerful engines of the Acura cars are manufactured, sold, and shipped all over the world.

In another plant located in Russells Ohio, component parts are produced and then sold and shipped all over the world.

Most of Acura’s lineup in North America is currently manufactured and engineered here, but it wasn’t always like that. When it was launched as the first Japanese luxury brand in 1986, the brand made waves. All its cars were previously assembled in Japan when Acura was launched. Only the RLX flagship is built there today.

Acura and Honda SUVs are produced in East Liberty, Ohio.

If you’ve ever wondered where Acura vehicles were produced, you might be amazed to know in the United States about their lengthy manufacturing heritage. The production plant in Marysville, for the most Acura vehicles, Ohio was the birthplace when it opened in 1982. Honda of America has since expanded to various plants across the United States, assembling all-around parts and vehicles for customers.

For the Acura NSX supercar, which is the costliest car, the Acura Performance Manufacturing Center, Marysville is home and these are fully assembled in the U.S. Drivers who buy the NSX are privileged to look behind the scenes at their unique vehicle assembly and production. With these extraordinary supercars, the very well-trained experienced technicians and the state–of–the–art facilities provide top-quality production.

Who Makes Acura Vehicles? Where Are Acura Cars Made?

Honda makes Acura. As the parent business, Honda launched the U.S. Acura brand in 1986 as an attempt to create luxury cars and distinguish those cars from the remainder of Honda’s line-up–while maintaining Honda’s reputation for reliability. The vehicles branded by Acura are mainly sold in North America (Canada, USA, Mexico), selling in Ukraine most of China, and Kuwait as well.

The commitment of Honda to the Acura brand has also allowed them to produce remarkable vehicles such as the Acura NSX hybrid supercar built in Ohio, which is sold in Japan as a Honda and other worldwide markets. Acura models receive awards in many categories year after year, which is an homage to the fusion of the luxury refinement of Acura and Honda’s engineering.

Manufacturing in the United States Video